The amount of plastic in the world’s waterways is an increasing environmental threat. One of the biggest contributors of plastic waste is something minuscule: microfibers. Microfibers are tiny plastics produced from our laundry that are very disruptive to the natural ecosystem. Clothing releases half a million tons of microfibers into waterways yearly. In mass, that’s equivalent to dumping more than 50 billion plastics bottles into the ocean every year. Unfortunately, these microfibers are a lot harder to clean up than plastic bottles, and can pose a much greater threat to the ecosystem.

First, what is a microfiber? A microfiber (or microfibre) is a fiber made of synthetic material that is smaller than one denier. A denier is a unit created to measure fibers and equals about 1/5 of the diameter of a hair on your head. The denier unit is based on the thickness of a natural silk strand. A silk strand is so thin that it takes 9000 meters in length of a single silk strand to weigh one gram. And microfibers are smaller! You may be thinking, “how unthreatening”. Think again friends.

the discovery of microfiber plastic pollution

Ecologist Mark Browne was sampling and studying sediment along shorelines for months when he discovered our tiny little banes en masse. Really en masse. In fact, 85% of the manmade debris on the shoreline was microfibers. The largest concentration of the microfibers was discovered near sewage outflows. This suggested to Mark Browne that the leading source of microfibers is our laundry wash. On further tests, his team found that one garment can produce over 1900 microfibers in a single wash. I feel like I have a hairball in my throat just thinking about it.

Mark Browne and his team took their findings from at least 18 sites on 6 different continents. Their studies ensured that this is not a localized problem. The majority of microfibers were made of polyester, nylon (polyamide), and acrylic.

Browne publicized his findings in 2011. Check out the paper here. When I checked it out, there were only around 11,500 views, which is far less than the amount of microfibers that snuck out of your last load of wash.

the dangers of microfibers in waterways

It goes without saying that microplastics and microfibers in the ocean are extremely harmful to the marine ecosystem. Just on a pretty basic level, small bits effect small animals. So far, water fleas, oysters, and common crabs have seen adverse effects from eating microfibers including reproductive issues, decreased appetites, and increased mortality rates. If filter feeding organisms are in jeopardy, the entire marine ecosystem is as well.

Not only does plastic contain and leach toxins itself, but plastic is known to readily absorb environmental toxins, especially in sea water – including (but not limited to) DDT and BPA. So marine life are ingesting tiny chemical laden plastic sponges. And then marine life is ingesting each other and then we are ingesting the marine life. Who would have thought that his fleece was at the bottom of the food chain? You can check out that cool study here.

And don’t think that you’re safe just because you’re not a fish or fish eater. Sewage sludge is spread on agricultural fields (sometimes on cotton crops!). The sludge dries, as sludge does, and the billions of microfibers found in sewage waste has the opportunity to become airborne. So now those tiny little toxin sponges are floating through the air and could very likely make their way into the lungs of the likes of you and me. There is also concern that if this were to happen, the toxins could pass into our circulatory systems. Now excuse me, that hairball is back.

what can we do about microfibers

First and foremost, wash less. Spot clean any items that you can, before throwing them in for a full wash. When you do need to wash synthetic items, some geniuses known as Stop! Micro Waste (S!MW) have created a catch-all bag known as the Guppyfriend. The Guppyfriend is a bag that filters wastewater, catching microfibers before they enter the sewage system. You simply put your load of synthetics into the bag and wash the bag as you would a normal load of laundry, then dispose of the collected microfibers in the trash, where they will be contained more effectively. Check out their site for a full FAQ rundown. And you can purchase for US delivery here.

Go take a look at lyocell, and you can see the super impressive stuff that microfibers – nano fibers nonetheless – can accomplish when they’re biodegradable. Think – insane absorption, heavenly softness, antibacterial, and amazing drape. 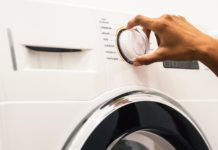 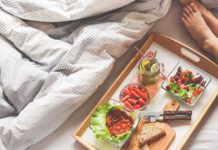 Why Buy an Organic Mattress? How to Clean Your Closet: the Elimination Game Your guide to sustainable clothing. We are empowering consumers to make impactful decisions to improve our habits and reform the apparel industry.